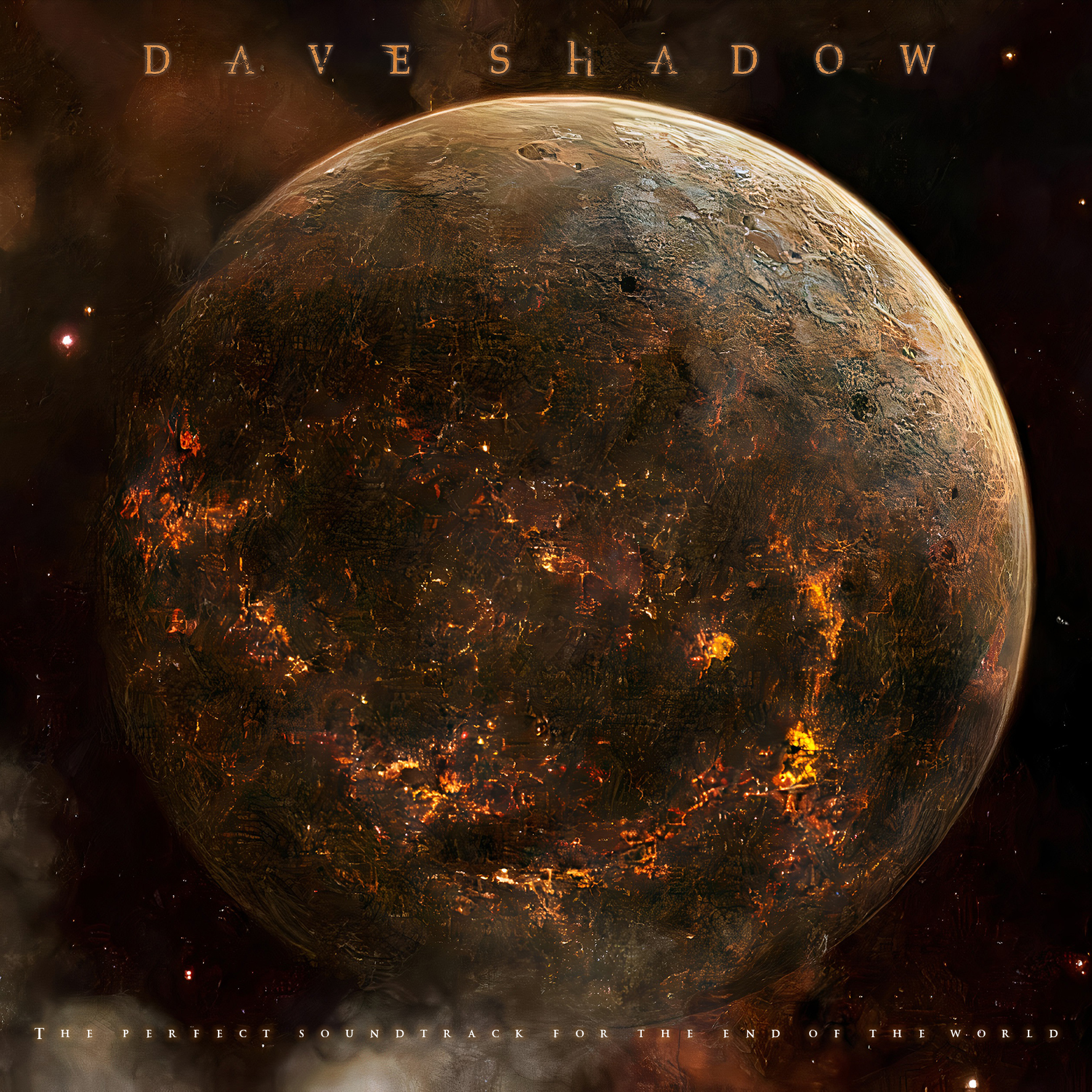 Do you have children? Well, this is the future you have built for them.

We are destroying the house (the only one) we are living in.

We are making this just to feed our laziness ( the same one that makes us choose to drive for one mile rather than walking) just to afford the luxury of wasting food, energy and all of Earth’s resources, just for the sake of unleashing our stupidity.

We continue ignoring the problem, the most important, the gravest in the human history.

In many cases we have choosen to give up on our rights, for our security they said, but we absolutely can not give up on all those useless things we keep on storing in the hope that we can fill our empty lives.

The only thing left to say is : Have an amazing extinction!

TEMPESTA. THE FIRST SINGLE HIT TAKEN FROM THE ALBUM: THE PERFECT SOUNDTRACK FOR THE END OF THE WORLD.

LET THE END OF THE WORLD BEGIN!

Dave Shadow has announced the release of his new solo album : The Perfect Soundtrack For The End Of The World .

Out from February 25th 2022. Available on the best digital stores of planet Earth!

Compared to his previous releases, TPSFTEOTW represents a change of course (in terms of concept) since it’s almost entirely based on the long-standing issue of the climate change, the rise of the sovereignism, the deep crisis of the neoliberal democracies and western civilization.

That’s my humbly tribute to the 80’s way of making music videos.

As me the “golden age” of music: when musicians played just for the pleasure of playing music cuz’ music ain’t a job, it’s just a portrayal of your soul.

I’m still devoting all my time and all my efforts to people who still follow me, to all my friends (since I don’t like to call them “fans”) without any reward in exchange.

That’s my tribute to all of You because this is really Me!

Taken from the album:

The first solo album from the singer of My Sixth Shadow, This Void Inside, Black Deep White

11 tracks of pure romantic Scandinavian rock metal. For all lovers of Europe, Him, The Rasmus.

“You only live once, so make the most of it!”